Thirty-seven volunteers from the United Kingdom flew to South Africa on Sunday, 9 October, for a week they would never forget.

The project was initiated by Santander, a bank in the UK, which learned about the work of Thandanani Children’s Foundation and was keen to get involved. 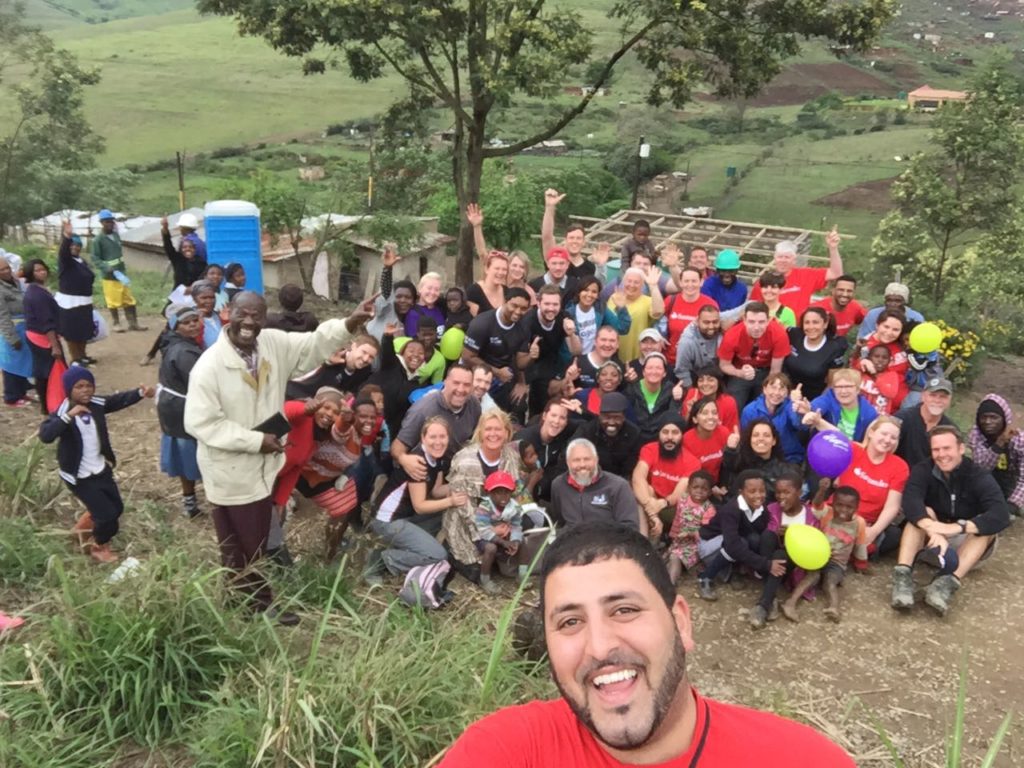 Santander then approached Ben Lee and Dave Gross of Charity Challenge, which organises community projects and challenges for individuals and companies in the UK, to put together a project for Thandanani. Volunteers from all walks of life were chosen according to certain criteria.

They were welcomed at the Protea Hilton Hotel in Hilton village, where Thandanani’s Jilleth Moyo and Jess McTaggart met with them to give an overview of Thandanani, 4kids, and what was to be expected of them over the next few days. For most it was their first trip to Southern Africa and therefore a culture shock was in order. 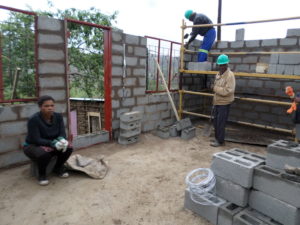 The project goal was to construct four houses for families in need and build as much as possible in five days. The project was supervised by Gavin and Carl of African Exposure, a company that helps put together volunteer programmes around development.

On the first day, the volunteers were introduced to the families they would be assisting and fieldworkers were assigned to each team to assist with work and the language barrier.

Then they got to work.

On the second day, the volunteers took a break from their labours and were taken on a “tour” of Thandanani’s work. They were exposed to food gardens, the memory work process, early childhood development programmes and self-help groups.

Building continued over the course of the next few days, even when the weather took a turn. Through rain and mud, the enthusiasm of the volunteers never ceased. 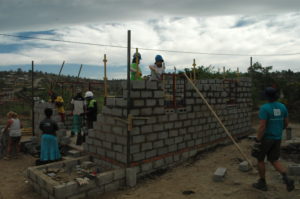 On Day 5, the volunteers finished off what they could and as a thank-you from the community were entertained by local Zulu dancers.

Relationships were built and friends were made. Here are some comments from the volunteers:

Julie Evans:
“I actually found it hard to put into words what I had done and experienced. I really recommend others to challenge themselves to do something similar and feel that you have given something ‘real’ to others.”

Gurpreet Singh Jhand:
“It was an amazing experience which was emotionally and physically draining. I walked out of South Africa being more grateful for the friends and family I have in my life but more so for appreciating everyone and everything around me. Glad to have been part of the build and helped that lovely family. Wish Gogo and her grandchildren a prosperous future.”

Susan Potts:
“I had no idea the impact this trip would have on me on a personal level.”

Bruce Holliday:
“Well what an incredible experience and one I will never forget! To work so closely with an incredible group of colleague’s is thrilling in itself, but also to be a part of making such a difference to a family’s life is one of the most rewarding experiences ever. It’s been a privilege to be a part.”

A small group of the volunteers were so moved by the project that they are looking for ways to continue their relationship with Thandanani and find more ways in which they can help.